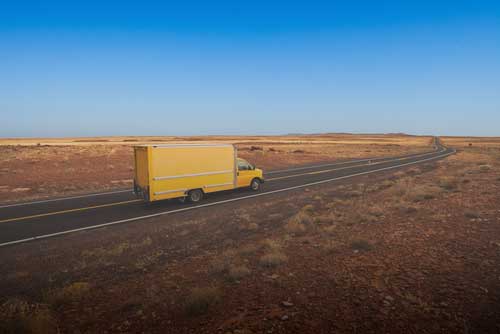 Jack Rabbit Self Storage is your best choice for self storage in Virginia Beach. Our secure, clean and convenient self-storage facility offers standard drive up storage units in a variety of sizes for your convenience. All units are conveniently located on the ground level to significantly reduce unloading time. Our wide driveways are 30 feet or wider to easily accommodate the largest truck or van.

Our gates are open from 7 a.m. until 9 p.m. for daily access, providing longer access hours than other self-storage facilities in the area. Our office is stocked with moving supplies and packing supplies including boxes, locks and tape.

We also offer a FREE Truck Rental to all customers at move-in; simply schedule a reservation with the Resident Manager at the location where you are renting. Trucks are also available for rent to current customers and to the public.

Virginia Beach is an independent city located on the southeastern coast of the Commonwealth of Virginia. It is a resort city with miles of beaches and hundreds of hotels, motels, and restaurants along its oceanfront. Every year the city hosts the East Coast Surfing Championships as well as the North American Sand Soccer Championship, a beach soccer tournament. It is also home to a number of state parks, several long-protected beach areas, three military bases, numerous large corporations, two universities, International headquarters and site of the television broadcast studios for Pat Robertson's Christian Broadcasting Network (CBN), Edgar Cayce's Association for Research and Enlightenment, and various historic sites. Near the point where the Chesapeake Bay and the Atlantic Ocean meet, Cape Henry was the site of the first landing of the English colonists, who eventually settled in Jamestown, on April 26, 1607. The city is also listed in the Guinness Book of Records as having the longest pleasure beach in the world. It is located at the southern end of the Chesapeake Bay Bridge-Tunnel, the longest bridge-tunnel complex in the world.

Because Virginia Beach is home to several US military bases, including the United States Navy's NAS Oceana and the NAB Little Creek base, storage is a must for our military members and their families. Jack Rabbit Self-Storage even has convenient locations close to these military bases, which makes moving and settling in the area a breeze.

While Virginia Beach holds a number of public, private, and independent schools in the city, it is also the home of two universities: Regent University, founded by Christian evangelist and leader Pat Robertson, and Atlantic University, associated with the Edgar Cayce organization. Additionally, there are satellite campuses for both the University of Virginia and Virginia Tech in Virginia Beach. With 8 of our locations in Virginia Beach, Jack Rabbit Self-Storage is there to help students transition to campus life.

Virginia Beach is home to 210 city parks, the most notable being Mount Trashmore Park. This park got its name due to its creation – layers of solid waste and clean soil compacted into a hill 60 feet high and 800 feet long. It also includes two lakes, Lake Windsor and Lake Trashmore. Virginia Beach’s park system is recognized as one of the best in the United States. With all the activities to do, Jack Rabbit Self-Storage offers extra storage solutions for bulky sports gear and equipment.

Virginia Beach has several historical, visual/performing arts, and retail points of interest, which make the city a popular tourist destination. The Virginia Museum of Contemporary Arts, American Alliance of Museums, and the Virginia Aquarium & Marine Science Center are just a few examples of the culture to be experienced. The Virginia Beach Amphitheater features a wide variety of popular shows and concerts. The Sandler Center – a 1200-seat performing arts theater – is situated in the Virginia Beach Town Center, which also hosts an abundance of dining, shopping, and entertainment.

Decluttering a Storage Unit
Isabella Blake | September 8, 2020 @ 12:00 AM
Decluttering is a task best done to clear out your home or office and get some space. Our tips from the experts will help you breeze through this chore.

“So convenient for me, and Mike was a great help. It's clean and neat there. Will go back if I need storage again for sure!.”

“Mike did a great job. He's very professional and takes good care of you. Very safe and secure storage units..”

“I highly recommend this location - my employer suggested I rent at this location since they are very easy going. Mike and his team do all that they can to insure you are left with no questions upon signing their contract (the contract is very fair, and even comes with insurance coverage for your items). They also offer to email, text, or call to remind you when your monthly bill is coming up soon so you will avoid the late fee. Mike even brought us out bottles of cold water while we were moving my things into my storage unit this past May! Super nice team, super clean storage unit with no questionable odors or leaks. Very happy with my choice of Jack Rabbit at Hilltop! 5 stars for sure!!.”

“I had a climate-controlled outdoor unit for one year, it was just emptied yesterday. Mike was there to greet me when I moved in and to help with the closure process. He is everything a business owner would want in an employee: professional, knowledgeable, caring, friendly, personable, reliable. Being an on-site facility manager is such a bonus for all the customers who have peace of mind that our stored property is under watchful eyes at all times. If it were possible, I would rate this location 10 stars!.”

“Roger went above and beyond for me when I was in a tight spot. Stayed late and hooked me up anyway. Good people here..”